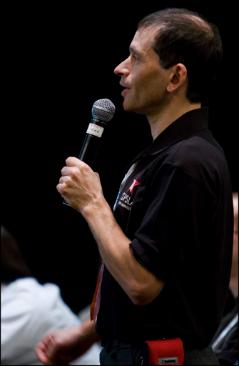 My research interests are in the area of programming languages, operating systems, object-oriented systems and distributed computing, and more specifically in the region where they overlap (such as language design for distributed Object-oriented computing.) My favorite system for trying out ideas was for many years Squeak Smalltalk; I was an active worker on Traits, along with with the folks from SCG in Bern. I’m a co-author of two books on Smalltalk programming, Squeak by Example, and Pharo By Example. For the last five years I’ve been engaged in developing the Grace programming language, an object-oriented programing language designed for teaching novices. See gracelang.org for details.